While we all love nothing more than swinging our favourite Salmon flies across the stream , when high summer arrives and with it low water conditions and associated high water temperatures , we usually need to vary our tactics for a chance of any regular success .

There are a number of techniques , some old , some newer , which can improve our chances and which moreover can be very exciting and successful .

The starting point for any Summer salmon fishing has to be with fly size . While the actual pattern will depend on local conditions and indeed the anglers preferences , there are a few basic principles which should be adhered to . Small sparsely dressed and often drab patterns are frequently best  , though the old adage of bright fly for a bright day and dark fly for a dark day is always worth bearing in mind .

Early morning and late evening are often the best times of day for a taking fish and efforts are best concentrated on faster broken water at the head of pools , although handlining a small fly through deep slow pools can sometimes be surprisingly effective .

A stealthy approach is vital - wear drab coloured clothing to help blend in to the background and maintain a low profile using any available cover when possible . Keep wading to a minimum .

Use lighter weight tackle - Often it is more appropriate to use a single handed trout outfit rather than a large double handed salmon rod and heavy line . Presentation can be improved by using longer , finer leaders . 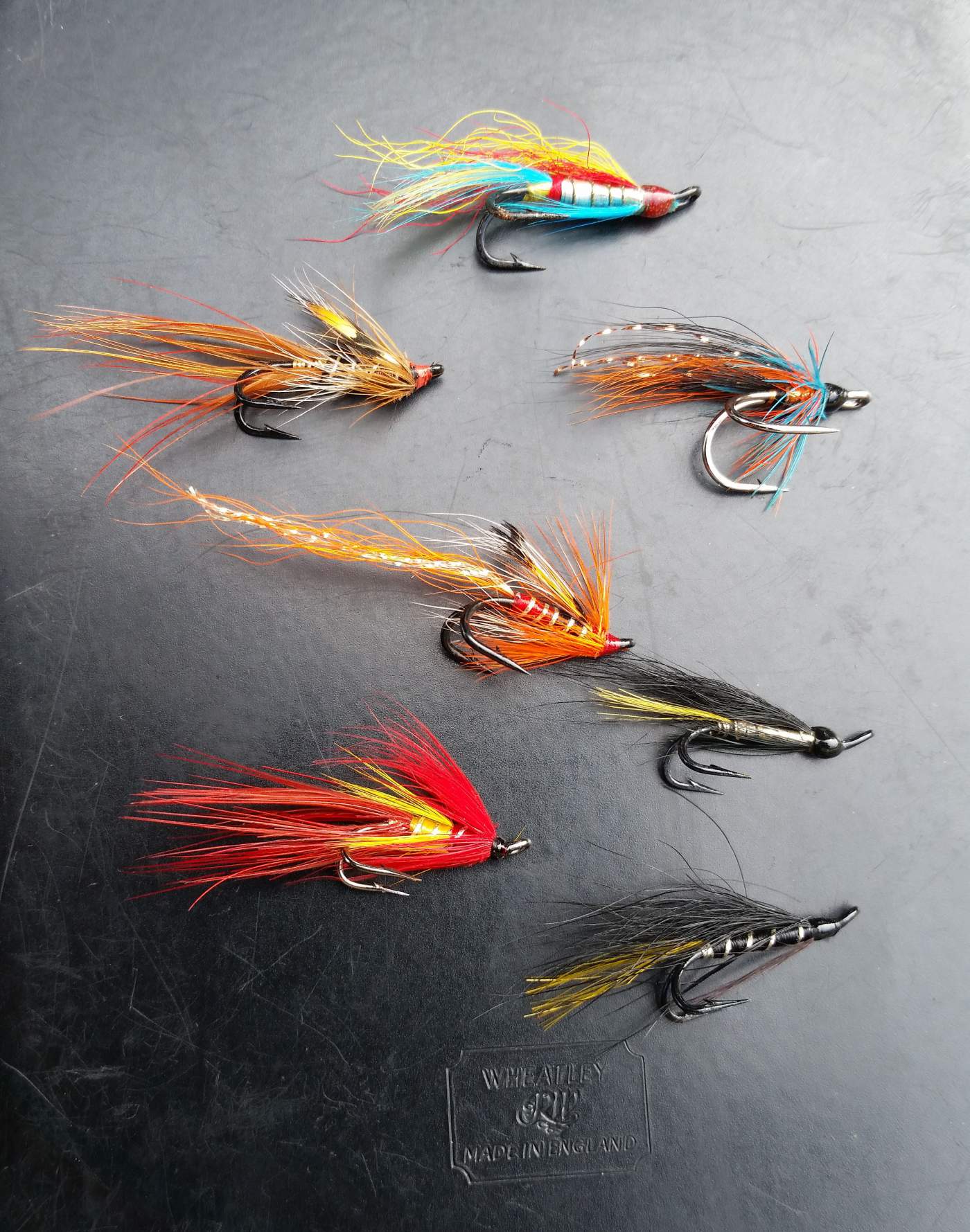 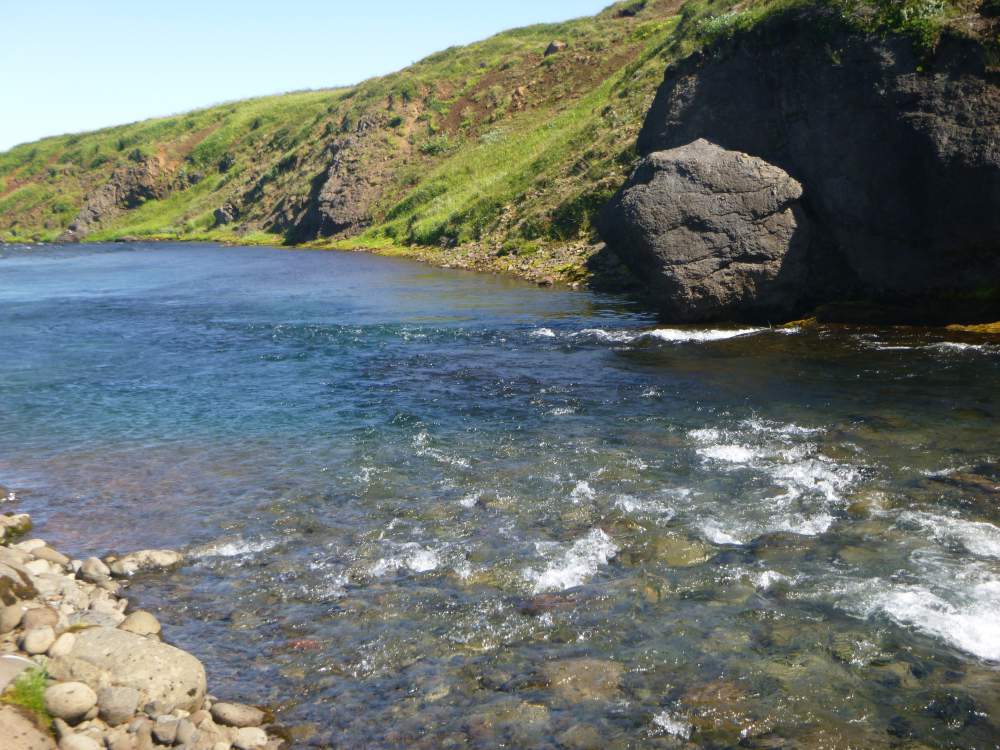 This most exciting and visual technique is a standard tactic in countries such as Iceland , Canada and Russia and can work just as well in the rivers of the British Isles .

The idea is to make your fly skate across or more correctly 'in' the surface film , causing a small wake on the water attracting the fish's attention . Actual pattern is probably not that important but size is crucial and can be anything from 1/2" or less to several inches long .

Hitch flies can be tied on small single or double hooks where 1 or 2 half hitches added behind the head will produce the desired riffle effect . Plastic tubes of various sizes are perhaps most commonly used and in this case the leader is passed through a small hole on the side or underside of the tube allowing the fly to skate the surface .

This is a great searching tactic and fish may splash at the fly several times before taking . A small wet fly cast to a fish which has risen to the hitch but which has not come again often provokes a reaction . 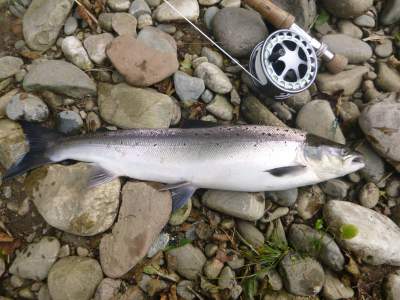 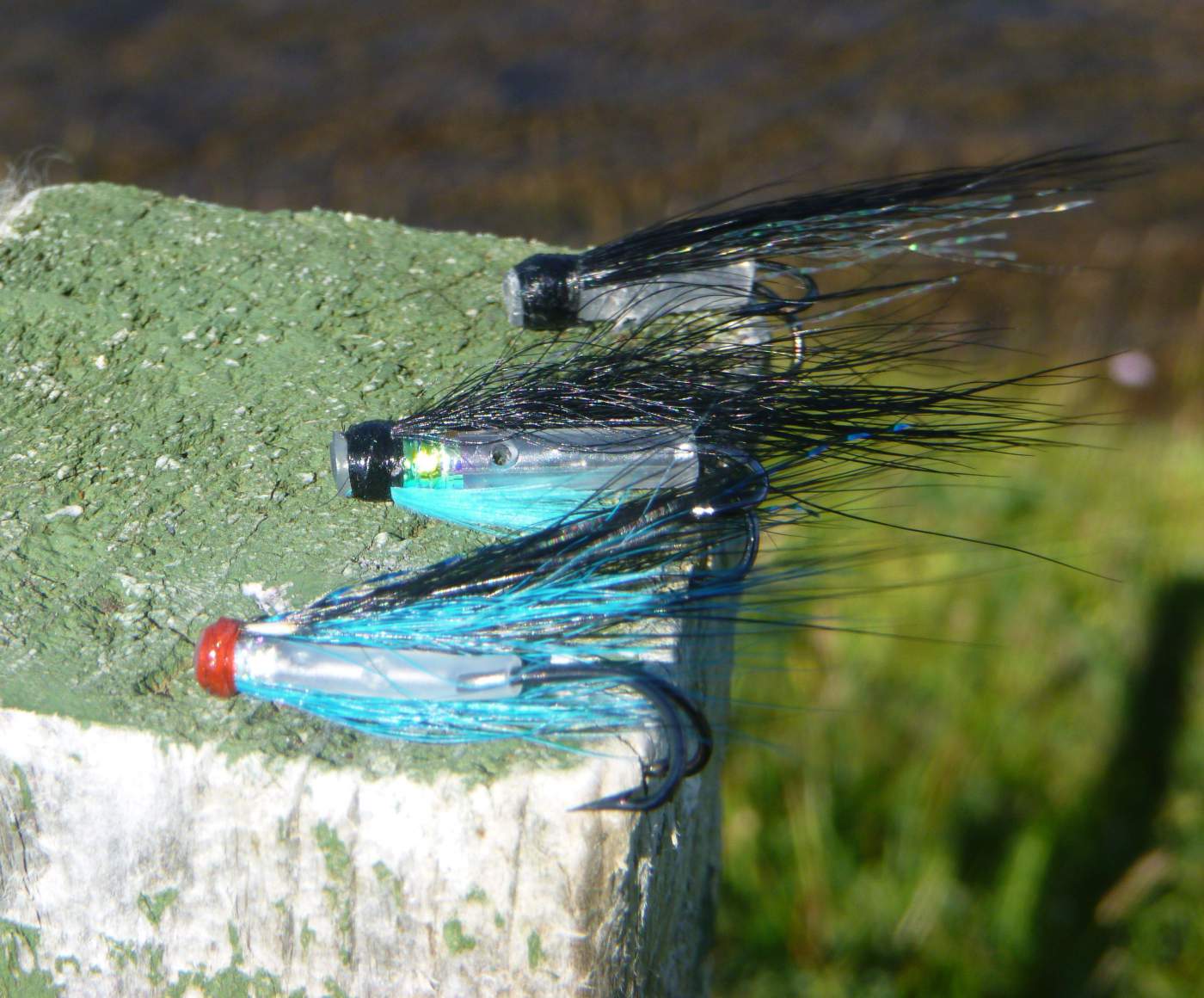 A newer tactic for Salmon , nymphing has never the less come to prominence in recent seasons and has proved to be devastatingly effective on occasions .

To fish at a consistent depth and for bite detection nymphs are frequently used in combination with an indicator but can be fished without , 'dead drift' . One very exciting aspect of nymphing is in very clear water conditions when individual fish can be spotted and fished for .

Fly patterns used are similar to large , Trout nymph dressings and should be heavily weighted to sink quickly to the fish's level . Unlike other Salmon fly fishing techniques , when a take occurs you should tighten immediately . 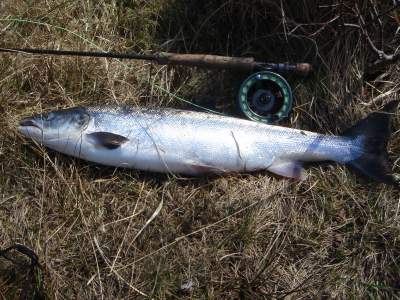 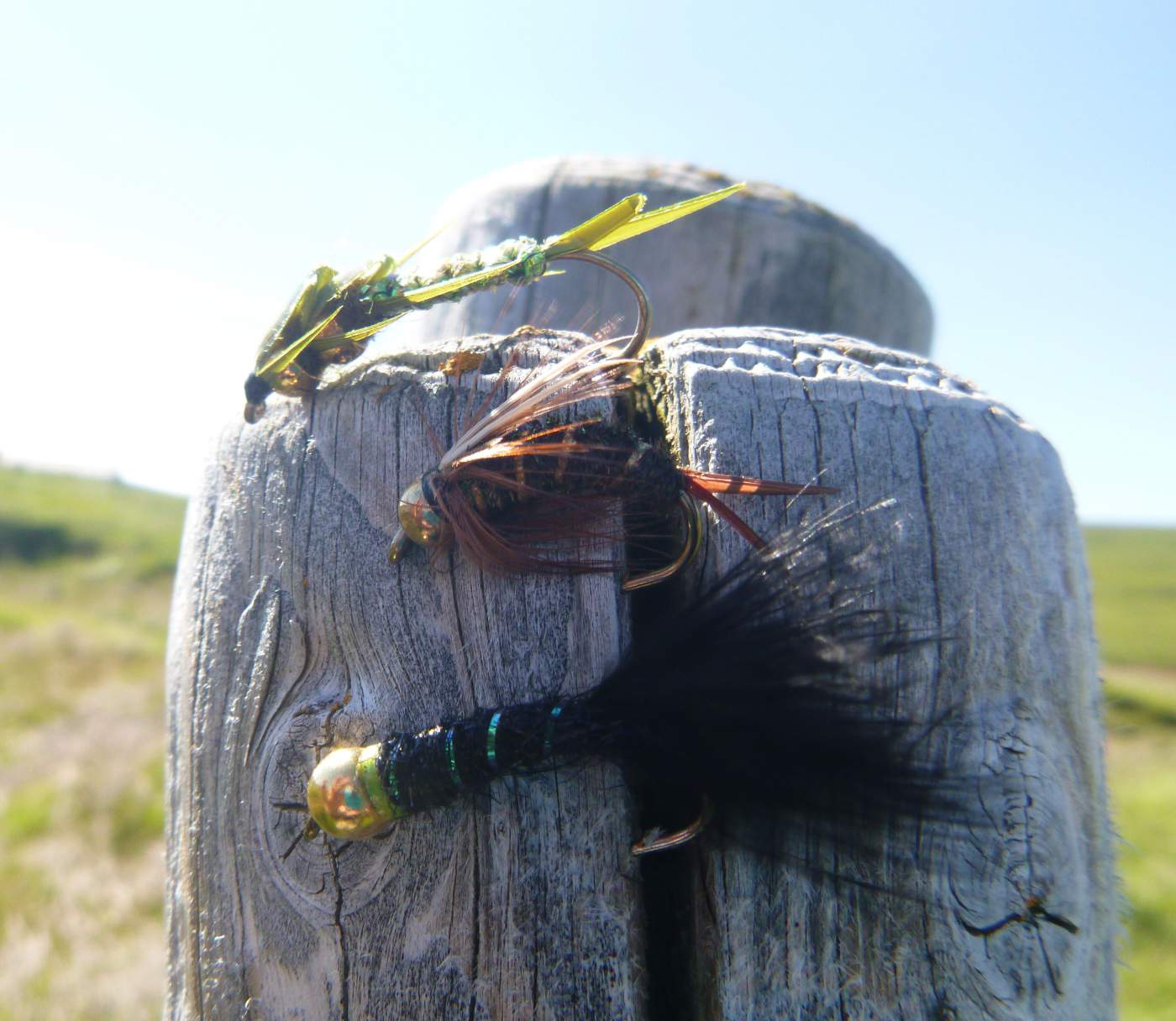 Although there is nothing new about fishing a deeply sunk fly in summer conditions , modern developments in tackle , tying materials and fly design have radically changed the possibilities for deep sunk fly presentation .

It may seem counter intuitive to fish deep in low water but getting down to the fish can be just what is required and the vast array of various density sinking lines , sink-tips and leaders in combination with small heavy flies , tied on bottle tubes or using brass or tungsten coneheads , provides endless possibilities . 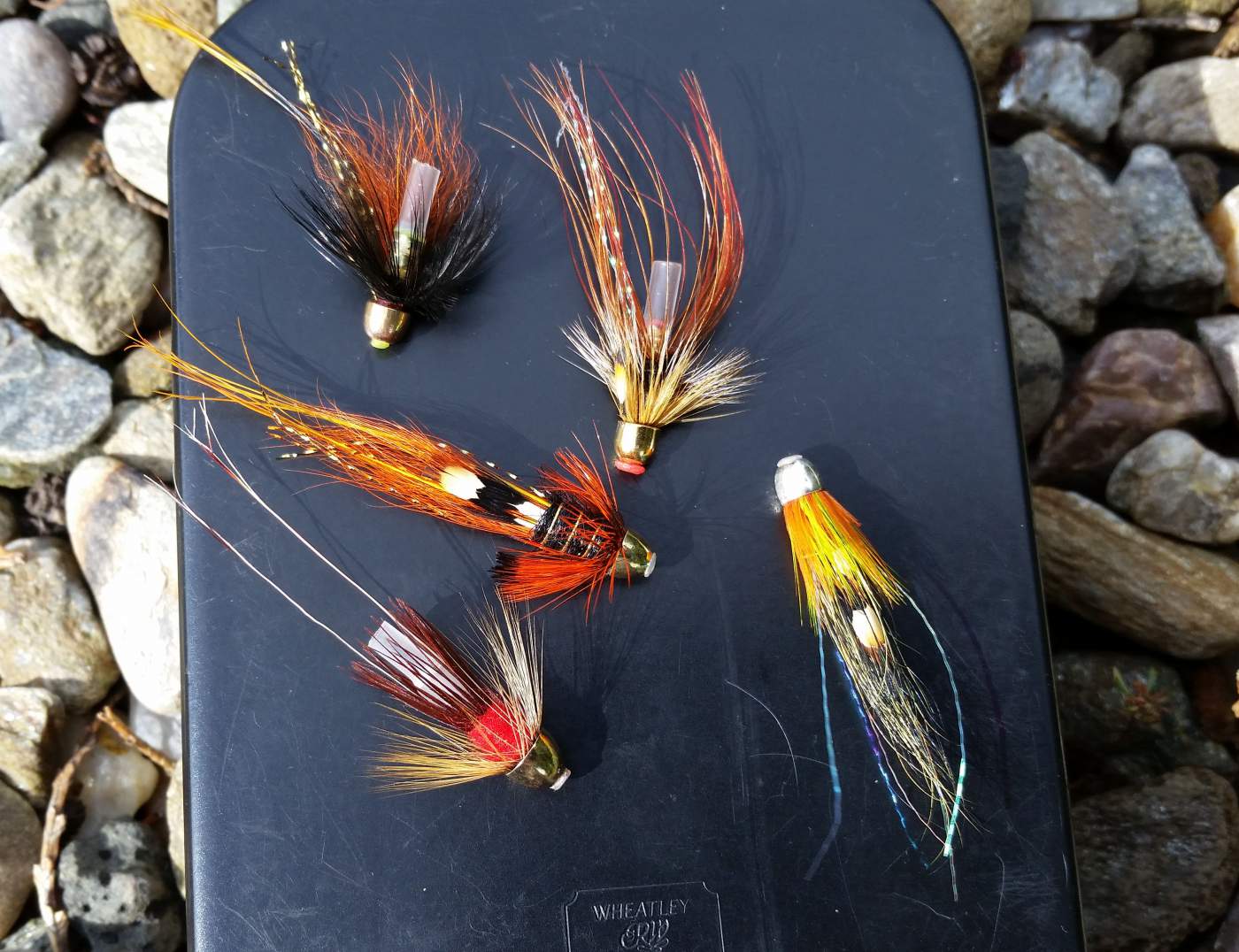 Ask the Mid Antrim Angling Centre Expert anything on midantrimangling.co.uk

We’ll follow up with you via email or phone within 24-48 hours.
Please answer the following questions to help us assist you. None of this information is stored beyond our making contact with you